Auki Experimental Primary School, also known as Aligegeo School, and later as King George VI School (commonly called KGVI) dates back to 1947 when Coleman-Porter, a new Director of Education, began recruiting staff. The site at Aligegeo was chosen because it already contained government buildings constructed for an agricultural experimental station inaugurated by Agriculture Officer J. Beveridge in 1937. The name Aligegeo was given by Beveridge's assistant, Fred Angie. Some five acres were cleared and an experimental farm begun for soya beans and rice. It became an Agricultural Research Station. (NS 7 Mar. 1967)

In June 1948, a Colonial Development and Welfare Grant of £21,875 enabled an experimental school to be established at Auki, Malaita. Its practical objects were to provide a supply of boys for entry into teachers' training establishments and for all government and other services, and to give the Education Department experience in the practical problems of education. The government also opened the school due to criticisms it received, particularly by Malaitans from the Maasina Rule movement (q.v.), for never having provided Solomon Islanders with education.

Constructed in 1949 were staff quarters, classrooms, dormitories, an assembly hall, dining room, kitchens and a store, and books and equipment were purchased. One of the first staff members that year was Norman Palmer (q.v.), later Anglican Archbishop of Melanesia, who worked as a clerk-typist. (AR 1955-1956, 5) Some other staff were recruited during 1948 but shortages of building materials and staff kept the school from opening until May of 1950. The school was intended to enrol twenty-four students annually with a maximum of seventy-two for a three-year course of study. (AR 1949-1950, 7) Unfortunately, the New Zealander recruited to run the school left after a month because, he said, the school was insufficiently funded. His temporary replacement was the acting Director of Education.

The students were in their teens to early twenties, chosen from villages out of their willingness to attend more than for their abilities. In 1952, the Experimental Primary School reopened, taught by a woman who followed an English syllabus. The initial enrolment was twenty-four students but by the end of the year there were seventy-two. The three-year courses were in English and included a broad range of subjects including handicrafts, physical education and agriculture. The agricultural component was important and within a few years students were producing one-third of their own food needs. In 1952 the school became the first government senior primary school, and on 25 September the High Commissioner renamed it the King George VI School, after the English king who had died in February.

The first Headmaster was New Zealander Russell Maloney, who with his wife Mel arrived on two-year contracts to do the teaching. They had limited resources and no assistance, which became quite clear in April 1953 when District Officer James Tedder and his wife Margaret had to run the school for a week while the Maloneys attended a court case in Honiara. (Tedder 2008, 27, 37, 158) By the end of 1954, the school provided education up to a higher primary standard for ninety-two pupils. The construction of the modern school was completed in 1955, although a few local-material buildings remained. The curriculum included English, which was the only instructional language used at the school, as well as arts and crafts, hygiene, arithmetic, agriculture and social studies. Athletics flourished. School gardens provided 90 percent of the root vegetables the students ate. (Norman Palmer interview with Rev. Caulton Medobu, 25 June 2003; interview with Geoffrey Anii, 23 Feb. 2007; NS 21 Aug. 1967, 6 Oct. 1967; AR 1951-1952, 4, AR 1953-1954, 26; James Tedder, personal communication, 3 Oct. 2011)

Don and Jean McIver replaced the Maloneys. It is a tribute to the excellent teachers and the high standard of the facilities that a teenage student like Peter Kenilorea (q.v.) could enter their 'kindergarten' classes with no English language background but go on to successfully complete Cambridge O Levels and then overseas study. (Kenilorea 2008, 47-93) Students were allowed to speak only English and had to assist in school maintenance and farm work.

Government policy since 1945 had been to work toward mass education and secondary education within the Protectorate. One demand of the Maasina Rule movement, that a government secondary school be established on Malaita, led to secondary education beginning at King George VI School in January 1958. King George VI became a fully secondary school from 1962. About half of the school's secondary students came from Malaita and half from other areas of the Protectorate, and from the New Hebrides and the Gilbert and Ellice Islands Colony where government schools only went to Form II. By 1960, there were three secondary classes and two senior primary classes. The secondary education section of King George VI School adopted the Cambridge syllabus under Headmaster Hugh Hall (1960-1967). In 1962, the school had sixty-two students. (NS 21 Aug. 1967) Candidates began to sit for their Cambridge School Certificate (O Levels) in 1960, with the first passes in 1962. (NS 7 Jan. 1967) James Roni in 1963 was the first to obtain a First Class Division equivalent to Matriculation, after which he was sent to Gatton Agricultural College, Queensland, Australia. Two others that year were William Fa'arondo (q.v.) and Bobby Oifena Kwanairara, who received School Certificates with six subjects each. Most of these early KGVI students went on to further education and found their way into the Protectorate's public service. For instance, Kwanairara was appointed an Assistant Administrative Officer Cadet, working in Central District, and Fa'arondo found work at the Lands Department before attending a Draughtsmen's Topographical Course at the School of Military Survey in Melbourne, Victoria, Australia. Thirty KGVI boys obtained their O Levels between 1962 and 1966. The school introduced a system of prefects and dormitories (Mendana, Shortland, etc.) named after explorers. Peter Kenilorea was head boy in 1964 and Geoffrey Anii was the last head boy at the Malaita site in 1965. Solomon Mamaloni (q.v.) and Hugh Paia (q.v.) were other early students. The school also began to take a few girls as day students.

In 1963, the school began to accept more female students and was moved to Honiara at the end of 1965 to cater for the new and growing capital city. The first buildings were constructed on the Honiara site, near the British Solomons Training College (now Solomon Islands College of Higher Education) at Panatina. The foundation stone was laid on 8 February 1964 and the new school officially opened in January 1966 in Hugh Hall's final year as Headmaster. The old Aligegeo site became a senior primary school for children on Malaita and also BSIP's first Local Government Training School. The latter opened in 1967 under Michael Forster, the newly arrived Local Government Training Officer, who had served previously in the BSIP during 1939-1950. The initial courses were for executive officers and council clerks, and for sub-district clerks and court clerks. (NS 21 Aug. 1967, 6 Oct. 1967)

Another early Headmaster, Alastair MacBeth, arrived in 1967, and his former students later fondly remembered him. (NS 21 Feb. 1967, no. 24, Dec. 1967) King George VI School supplemented the church school system and was crucial to producing the new elite in the Solomon Islands. King George VI School in Honiara was large enough to cope with 210 students, with plans to expand to 300. When it opened in 1966 there were 159 students, five of them female day students. The school became fully co-educational in 1967 when the student body of 223 included 34 girls, with the intention of expanding the female student intake to 80. This move was bitterly opposed by some conservative members of the Legislative Council (q.v.) who said it disregarded established customs. However, the Methodists had operated co-educational boarding schools in the Protectorate since 1902. (NS 13 Dec. 1967) 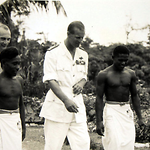 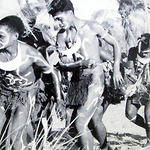 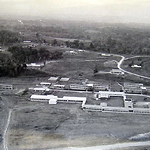 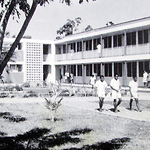 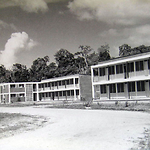 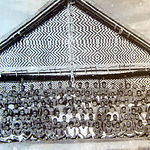 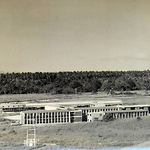