Kenilorea was chosen, almost at random, to attend King George VI School (q.v.) at Auki on Malaita (1956-1963), and by the end of Form IV the once-illiterate teenager came to hold a Cambridge School Certificate. In 1964, he received a Commonwealth Colombo Plan Scholarship, which enabled him to attend Wesley College in 1963, Wanganui Boys College in 1965 and Ardmore Teachers' College south of Auckland, all in New Zealand. He graduated from Ardmore with a diploma in 1966 and returned to Honiara in 1968 to teach at King George VI School, at that time the only government high school in the islands. In 1971, he moved to the public service as part of the localization process, and became an Assistant Secretary and then Secretary in the Department of Finance, and finally District Officer on Isabel Island. He requested a transfer to the South Malaita District in late 1972, but was sent instead to North Malaita, which probably cost him election to the Legislative Council. During 1973-1974 he was based in Honiara as an Urban Senior Lands Officer responsible for all urban land in the country. He then transferred to the position of Deputy Secretary to the Cabinet and Secretary to the Chief Minister, and in 1975 he was appointed District Commissioner for the Eastern District.

While still a schoolteacher, Kenilorea began to develop political interests and became President of the Civil Servants' Association, an organization that provided the basis for the later Solomon Islands United Party, which he helped found. He also made an important submission to the Osifelo Constitutional Review Committee in 1974-1975. He made his first venture into national politics when he ran unsuccessfully for the Honiara seat in 1970, and in 1973 he failed to gain the 'Are'are seat, his home electorate. Three years later, unopposed, he won the East 'Are'are seat, which he retained until his resignation in 1991.

In 1976, Kenilorea became the second Chief Minister of the Solomon Islands and, at independence on 7 July 1978, the first Prime Minister. He was Prime Minister until August 1980 and then again from October 1984 until he resigned in December 1986 after he lost the confidence of his Cabinet due to his handling of French relief funds. He continued as Deputy Prime Minister from 1987 to 1989, and he also served as Foreign Minister for seven years. In 1991, he resigned from Parliament to take up a three-year appointment as Director of the South Pacific Forum Fisheries Agency, a regional diplomatic position based in Honiara. He then took a year off before becoming Ombudsman for five years from 1996, and onwards from 2000 he was intimately involved in negotiating the peace process during the political crisis years (1998-2003). He became Speaker of the National Parliament in 2000 and served a second parliamentary term until September 2010.

Kenilorea was awarded the Queen Elizabeth's Silver Jubilee Medal in 1977, conferred a member of the Privy Council in 1979 and knighted in 1982. He received the Solomon Islands Independence Medal in 1978. In 1984, the State of Hawai'i awarded him a Certificate for an International Leader of Distinction, and in 1985 he received the highest decoration that the Republic of China awards to non-citizens, 'The Order of Brilliant Star with Grand Cordon'. In 1988 he was awarded the 10th Solomon Islands Independence Anniversary Medal, and in 1994 the World War II 50th Anniversary Medal in his capacity as a resident diplomat.

Intensely Christian, Kenilorea is a lay preacher in the South Sea Evangelical Church. He was a keen sportsman in his youth. He married Margaret Siunari'i Kwanairara in 1971 and they had eight children, the youngest of whom drowned in 2001. Kenilorea is the great survivor of Solomon Islands politics and the nation's elder statesman. He is an old-school national leader who subsisted only on his salary, rare in modern Solomon Islands politics. He says that he was an unwilling politician and entered politics out of a sense of duty as a member of the new educated elite, and that, given the size of his family, most of whom were educated in New Zealand, he always had trouble surviving on the salary.

Kenilorea has been constant in holding the nation to the letter of the National Constitution and has mounted many important private court cases against the government when it has abused its authority under it. In his retirement he lives in Honiara. He published his autobiography, Tell It as It Is (2008) as part of the commemoration of the 30th anniversary of independence. (NS 21 Jan. 1966, 15 Nov. 1968, 30 Oct. 1969; Fortune 2000; Kenilorea 1973, 2008; Craig and Clement 1980, 100) 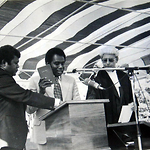 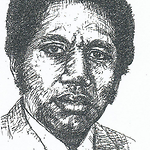