The first sports ground in Honiara was the Rove, established to provide facilities for the police, and other groups used it also. The Honiara Football League, started in 1957, used these grounds. However, Rove was designated for police use and a permanent public sports ground was needed. In August 1961, Eric V. Lawson (q.v.) convened a meeting at Rove to consider future sporting facilities in the Protectorate. This led to inauguration of the British Solomon Islands Amateur Sports Association, with a six-man committee. Lawson became President and V. J. Andersen (q.v.) Vice-President. The government created Town Ground for this purpose and built a cricket pitch there. Honiara educational institutions such as Honiara Technical Institute (q.v.) and King George VI School (q.v.) also built sporting ovals. The other major area allocated for public sporting facilities was near the hospital, which became the Town Sports Ground, later renamed Lawson Tama. Kukum Tama was also designated as a public sports field.

The basic preparation of the Town Sports Ground was completed in early 1964, jointly managed by the Town Council and the Amateur Sports Association. A sub-committee consisting of Eric V. Lawson, C. G. Fox and Belshazaar Gina (q.v.) was appointed to oversee the use of £1,300 allocated for improvements. Priority was given to the Town Sports Ground near Honiara's Central Hospital. A pavilion and various sporting facilities were planned and other improvements made during 1965. As Honiara grew, the Town Sports Ground became more central, and people suggested various names for it. 'Hospital Ground' was unappealing and it was decided to use Lawson's name since he did most to create the facility. Tama means 'ground' and was used for sports grounds and playing fields. Thus Lawson Tama came into being. See also Sports Associations. 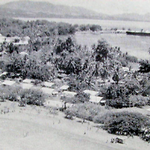 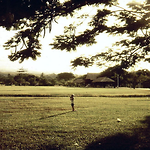