John Coleridge Patteson became a martyr Bishop when he was murdered at Nukapu, an atoll in the Reef Islands in the Santa Cruz Islands, on 20 September 1871. He was born in 1827 in London, the son of Sir John Patteson, barrister and judge, and Frances Duke (née Coleridge; niece of poet Samuel Taylor Coleridge). He attended Ottery St. Mary Grammar School and Eton, before attending Balliol and Merton Colleges, Oxford (1848-1861), where he earned B.A., M.A. and Doctor of Divinity degrees. He was ordained in 1853, and after a short spell as a curate in England he joined Bishop Selwyn (q.v.) in New Zealand in 1855 as a missionary priest for the Melanesia Mission (1856-1860). In 1861 Patteson was consecrated as the first 'Missionary Bishop for the Western Islands of the South Pacific', the new Missionary Diocese of Melanesia. Based at Auckland, and then Mota, and finally Norfolk Island, Patteson travelled widely throughout his island diocese, using the Southern Cross (q.v.) to recruit converts to study back at headquarters. Tall, always calm and commanding, he is famed for always being the first to swim ashore at a new island, barefooted, dressed only in shirt and trousers, plus a black top hat full of presents. In 1862, he opened the first Solomon Islands mission, on Santa Cruz. In 1867 he removed St. Andrew's College from Kohimarama in Auckland to Norfolk Island. Patteson was said to have been able to communicate in twenty-three Melanesian languages and he published thirteen grammars. He was particularly known for his rapport with his young Melanesian scholars and for regarding them as his equals.

It is said he was killed at Nukapu because he was mistaken for a labour recruiter masquerading as a missionary. Although his death was a disaster for the Mission, it helped focus the attention of the British Government on providing a form of administration in the islands, which became the Western Pacific High Commission (q.v.). Niel of Pileni claimed to have known Bishop Patteson's murderer and told Colin Allan (q.v.) in 1956 that the murder occurred because five men from the island had been beaten on a plantation in the New Hebrides. They escaped in a cutter, came back to Nukapu and told their story. One professional assassin swore that he would kill the next European who arrived at the island, who was Patteson. Recent research suggests other motives for the attack such as jealousy over gifts he presented. (Blain BDACP; Fox 1958, 12-27; Allan 1990, pt. 2, 137; Kolshus and Hovdhaugen 2010; Terry Brown, personal communication, 18 Nov. 2011) 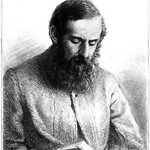 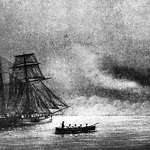 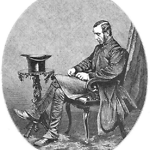 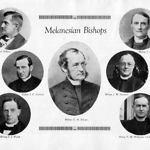 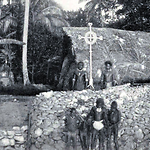 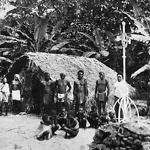 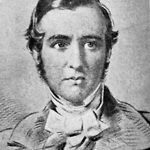