Rennell (80 by 14 kilometres) and Bellona (10 by 2.5 kilometres) are Polynesian outliers situated 160 kilometres south of Guadalcanal. They are the most westerly of the Polynesian settlements in the Solomons. Both are raised atolls due to tectonic lift with coral cliffs around most areas. Rennell Island is the second largest raised atoll in the world and along with its central Lake Tegano and its endemic fauna has been inscribed on the World Heritage List (no. 558). Its close, smaller neighbour Bellona is of similar structure. Not far away are the large Indispensable Reefs, the first sign of the approach of the Solomon Islands when flying into Honiara from Australia.

The two islands are seldom spoken of separately and a common modern short form is 'Renbel'. The local name of Rennell Island is Munggava (large island) and the local name for Bellona Island is Munggiki (small island). Lake Tegano (Te Nggana) was raised by volcanic activity and is a fresh but brackish water lake twenty-nine kilometres long. Houses were scattered around the lake in small hamlets, and outrigger canoes were used in the lake. Bellona has no safe anchorage, while Rennell does in one area.

There may well have been an early Polynesian settlement when the Lapita Austronesian people moved south out of the Bismarck Archipelago about four thousand years ago. Rennell and Bellona are likely to have received drift voyages from Outliers to the east as well as from western Polynesia. Archaeological evidence suggests that Rennell has been settled for about two thousand years, although there is no certainty that this was the first phase of colonization. Evidence from Bellona suggests a one-thousand-year sequence. The ancestors of the present Rennell and Bellona people are thought to have come from Uvea (Wallis) and Futuna Islands to the east of Samoa, in about 1400 AD. (Kirch 1984)

The first of the fifteenth-century migrants came to Rennell and Bellona as a back-migration via Rotuma, Tikopia, Anuta, the Santa Cruz Islands and Makira with a chief named Kui. When Kui and his people arrived they found Rennell inhabited by the Hiti, the descendants of the creator god Mau-tiki-tiki and his father Atanganga. A second migration from Uvea came via Tuma and Taumako. There may also be some connection with a migration from Guadalcanal. (Horton 1965, 177) Rennell is divided into three districts and descent groups: Te Nggana around the lake; Kanggava or White Sands, which is based around the only decent anchorage; and Te Manggihenua, the northern end of the island. Each district has its own chief who is regarded as holy. Bellona has two clans-sa'a Kaitu'u and sa'a Taupomgi-although tradition suggest there were originally eight clans until six were exterminated several generations ago. (Horton 1965, 177)

Rennell and Bellona were named by Captain Butler of HMS Walpole in 1801 after Captain Lord Rennell and his ship the Bellona. Bishops Selwyn (q.v.) and Patteson (q.v.) first visited in 1856. Traders seldom visited the islands and even in the 1900s there was no use of tobacco and little iron was available. The people of Sikaiana knew Rennell as Fenuahala (the land of the Pandanus tree) and the people of Makira's south coast, some 484 kilometres away, knew the island as Totohuti. (Woodford 1916, 47)

Soon after Resident Commissioner Woodford (q.v.) arrived, in June 1897, HMS Wallaroo visited Rennell and Bellona and the Stewart Group (Sikaiana), and Captain G. N. Pollard proclaimed them to be under British protection. During May and July 1898, Commander Freeman of HMS Mohawk and Lieutenant-Commander Leggatt of HMS Goldfinch reconfirmed British protection of Rennell and Bellona and Sikaiana and extended that protection to the Santa Cruz Islands, the Reef and Duff (Wilson) groups, plus Vanikolo, Anuda (Cherry), Fataka (Mitre), Temotu (Trevannion) and Tikopia.

In 1931, the Templeton Crocker Expedition visited Rennell and discovered several endemic species. In the lake lives a sea snake called Tugihono (Laticauda crockeri) found nowhere else in the world, which feeds on a unique fish (Eleotris fusca). The lake also contains a sea krait (snake) similar to its relatives in the ocean, although no one knows how it reached the lake. (Webber 2011, 242)

The people were heavily tattooed and dressed in bark fibre dyed with turmeric. There was some early contact with traders and Japanese pearlers. Bishop Patteson (q.v.) took boys from Rennell and Bellona to New Zealand in 1856, Bishop Wilson (q.v.) (1894-1911) visited twice and Bishop Baddeley (q.v.) (1932-1947) several times after 1938. The SSEM tried to begin missionary work on Rennell and Bellona in 1909-1910 but withdrew after three mission staff were killed. Then, in an attempt to preserve the culture and protect the population, the government closed the islands to further mission activity, though labour recruiters and scientific expeditions continued to visit. The SSEM did not return until April 1934 and the people did not accept Christianity until 1938 when the Seventh-day Adventists, who set up a temporary base in 1931, obtained a foothold and destroyed indigenous religious objects. They had no permanent base on Rennell until 1950. (Griffiths 1977, 55-61, 93; Hilliard 1973)

Rennell and Bellona were initially part of Central District. The government made no significant attempt to bring services there until 1941. That year the Protectorate sent the Hygeia carrying District Officer Dick Horton (q.v.), Dr Nathaniel Crichlow (q.v.) and Donald G. Kennedy, a new District Officer recently transferred from the Gilbert Islands, for a medical visit and to take a census, and to report on the state of Rennell and Bellona. This was followed by a visit from the High Commissioner (Horton 1965, 175-190; Monberg 1991, 25) During World War II, both the Japanese and the United States used Lake Tegano as a flying-boat base, and the Battle of Rennell Island was one of the last major battles of the Guadalcanal campaign.

Tigoa (Tingoa), the headquarters town on Rennell, sits next to the airfield. Rennell has considerable bauxite reserves, estimated at 30 million dry metric tons. An agreement was signed on 28 April 1971 for a Japanese company, a subsidiary of Mitsui, to work the bauxite in joint venture with the Protectorate Government, although nothing eventuated. (NS 30 Apr. 1971; Smith 2011, 55-59) 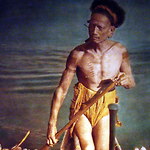 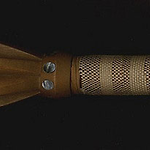 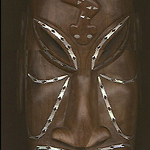 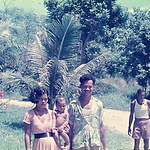