Women in the Solomon Islands have always been key participants in village-level society and in some societies they are the designated custodians of the land. They are important food producers, managers of resources, home keepers, child bearers and child educators. The transition of women to a modern status during the colonial era was slow. A few women were involved in overseas indentured labour in Queensland and Fiji, although not on plantations in the Solomons. Christian missions provided the first point of transition when they involved women in their activities, including literacy and nursing training. During the twentieth century, women's involvement in the formal economy meant participation in family cash cropping ventures, and eventually for some, limited domestic service in towns. Schooling became available to women only slowly, although a few girls began to receive rudimentary modern education in the first half of the twentieth century. High school began to make places available to a few girls in the 1960s. Women's main non-school involvement during the colonial era was through churches, Women's Clubs (q.v.) and the Girl Guide Movement (q.v.). Young women began to receive scholarships for overseas study in the 1950s, although most of these went to young men. Young women also began to graduate from Honiara Technical Institute and from the British Solomon Islands Training College (q.v.).

Women joined various church organisations, and whereas the public agenda was community-oriented, the hidden agenda was always to advance the individual missions and churches. The Anglican and Catholic churches established orders for both expatriate and indigenous women. The Anglican Diocese of Melanesia founded its Mothers' Union in 1876 in England to bring together mothers of all social classes through community activities to demonstrate Christian faith through action. Catholic Mission stations developed women's club organizations. However, as young girls' education became ever more prominent in the formal school sector, women began to acquire other skills.

In 1972, for instance, a new idea began to emerge within the Catholic Church of having a Rural Development Centre (RDC) to enhance domestic skills, practical education and new attitudes for young girl school leavers. DIVIT (District Village Training) for recently graduated Standard Six girls was born in 1972 and rooted itself in the Catholic's Visale base, where there were a number of Marist sisters and local nuns to run it. Over the years it has concentrated on two-year programmes of skill and education advancement. However, many times shorter, more intense courses were held as well, for example training certified teachers how to present domestic training in a school context. DIVIT has continually opened its doors since 1972 to meet the different and various needs of village girls. Domestic Science is often the name given to this skill/education focus, but computer literacy, financial literacy, first aid and the like have also entered DIVIT's current curriculum. The Seventh-day Adventist Church runs Dorcas Societies predominantly for women, and they specialize in aiding the needy, improving diets, health care, housing, cooking and general welfare. They also act as community agencies in times of disaster.

Women gained the right to vote at the same time as men, in the 1960s, although most women likely never knew that they had the right to vote in council, district or national elections. In the late colonial years, a few women began to be active in politics. Lillian Ogatina Poznanski (q.v.) from Kia village on Isabel Island contested and won the Central Solomons seat in the national elections in 1965. Vida Philips served two terms in the Guadalcanal Council until her death in February 1975. (Paina 2000; Pollard 2000, 2003; Afia-Maetala and Pollard 2010; Pollard and Waring 2010; John Roughan, personal communication, 4 Sept. 2011; Scheyvens 2003; Schreiner 1977) See also Girl Guides; Nurse's Training Schools; Solomon Islands National Council of Women. 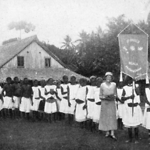 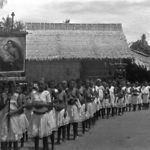 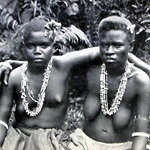 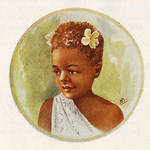 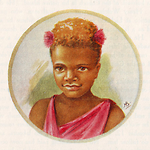 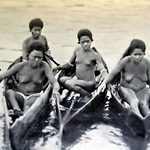 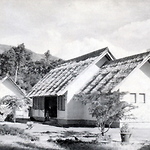