John Northcote Deck, a medical doctor, was the older brother of Norman Deck (q.v.) and nephew of the founder of the Queensland Kanaka Mission and the South Sea Evangelical Mission (SSEM) (q.v.), Florence Young (q.v.). He was part of a large medical practice in Ashfield in Sydney when he first visited the Solomons in 1908, having waited until his brother (another medical doctor) could replace him in Sydney before joining the SSEM. After the preliminary trip to Malaita, Deck returned to Sydney, and then went to New Zealand to attend some missionary meetings before returning permanently in 1909 as 'Captain, engineer, photographer, explorer, doctor and visiting missionary and teacher'. He was resident head of the SSEM in the absence of his aunt, and based at Onepusu on Malaita. His wife Jessica died there in March 1921, and in 1923 he married his cousin Gladys Deck. (Braga 2003) 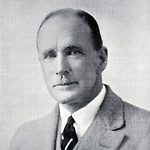