Siota, once known as Port Wiseman, is on the north side of Nggela Island at the western end of Utuhu (Mboli or Scudmore) Passage. It was here that Rev. Richard Comins (q.v.) led the Diocese of Melanesia's first attempt to establish a permanent boys' school in the Protectorate, St. Luke's. He purchased Siota in 1893 for £10 from the Belaga people. The first buildings were erected in 1896. The initial students also worked on a farm there. Comins ran the school for half of the year and Henry Welchman for the other half. Rather than teaching in Mota, the usual lingua franca of the Diocese, they used English. The school had forty-seven boys in 1897 when a dysentery epidemic killed eleven of them and made Welchman very ill. The swampy school site was thought to be unhealthy and so, much to Comins' disappointment, St. Luke's was closed after just four years. (Fox 1958, 225-226) When the Mission moved to the Solomons from Norfolk Island in 1920, Siota became its new headquarters, and remained so until the Second World War. The ornate St. Luke's Cathedral (q.v.), built in local style, was dedicated on 27 May 1928, though it was still at that point far from complete. (Fox 1958, 158; Godfrey 1928, 5) 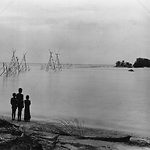 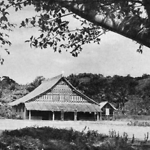 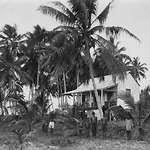