Walter George Ivens was one of the greatest linguists and anthropologists of the Melanesian Mission (q.v.). Born in 1871 in New Zealand, son of George Ivens (a farmer) and Caroline (née Pye), he was educated at Christ's College (1884-1889), and at the University of New Zealand where he earned a B.A. and, in 1984, an M.A. Initially an Anglican priest in New Zealand (1894-1895) he became a missionary on Ulawa and Small Malaita for the Diocese of Melanesia (q.v.) (1895-1909). In 1899, he married Eleanor Barrett, the Organising Secretary of the New Guinea Mission. Although at first he planned to settle with his wife at Sa'a, he delayed until 1908, when they chose to live on Ulawa, instead. After his Ulawa years, he became Organising Secretary for the Melanesian Mission in New Zealand (1909), and priest at Yarrabah Aboriginal Mission near Cairns in Queensland, Australia (1910-1912). He then moved to a Melbourne parish (1912-1927), and finally to England as Travelling Secretary for the Melanesian Mission (1928-1935) and then as a rector (1935-1939). His two most important books are Melanesians of the Southeast Solomon Islands (1927), about Sa'a (Small Malaita) and Ulawa, and The Island Builders of the Pacific (1930), about people of Malaita's Lau and Langalanga Lagoons. He also published dictionaries of Sa'a and Ulawa, grammars of eleven Melanesian languages, and translations of large parts of the Bible into the Sa'a, Ulawa, Bugotu and Lau languages. Hopkins received doctorates from the University of New Zealand (1919), for his previously published Dictionary and Grammar of the Language of Sa'a and Ulawa (1918), and the University of Melbourne (1923) for a doctoral dissertation on 'Dialects of the Pacific Islands'. He was made a Fellow of the Royal Anthropological Institute in 1931. His anthropology was marked by a careful attention to detail and great facility in local languages. He died in 1939. (Bain BDACP; Hilliard 1978a, 299; SCL 15 Feb. 1900, 27) 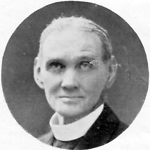